Political Dichotomy Assessment: Where The Other Tests Fall Short

The issue with this is that the definitions of progress tend to be highly relative, and in some cases subjective. What can be considered “left” or “right” is still dependent on what the individual or larger society as a whole considers to be social progress. When we have different individuals, different time periods, and different cultures being cross-referenced, this model finds itself far too situational to be of any use.

If you're interested in a more in-depth analysis on why this is an issue, I'd recommend checking out Whig History by Herbert Butterfield. 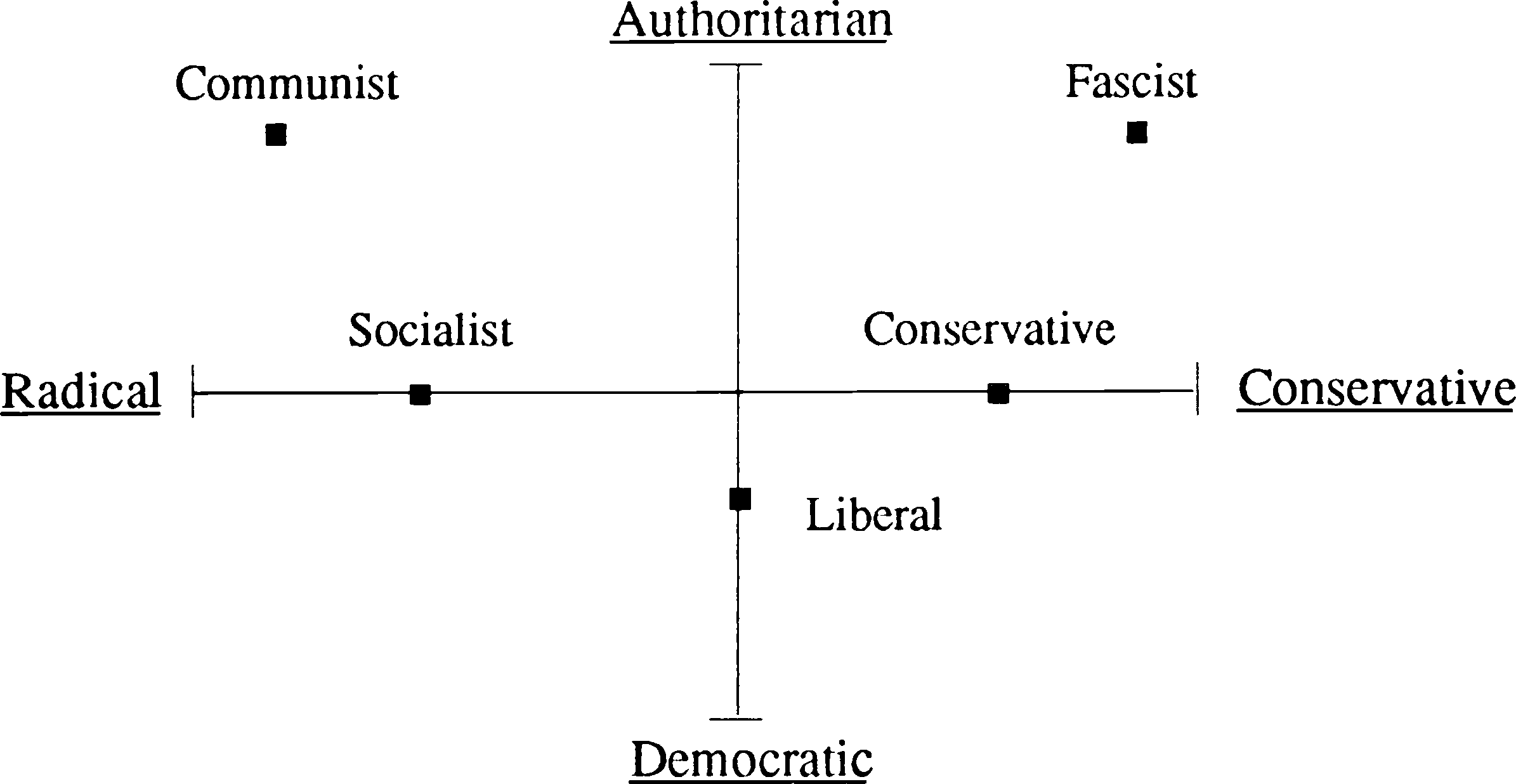 Unsurprisingly, the problem wasn't solved. If anything, tacking on another axis only served to bring up more questions. Who is authority referring to in this case? One can be authoritarian but believe in that authority being enforced by someone other than the state; the opposite is true too, you can be libertarian in a non-statist sense.

We continued to get more and more models that slapped on more metrics: first there was the aptly named 8Values, but when that didn't work out, the creators of PolitiScales decided to double the axes.

I know some people swear by these tests, but the issue is that the scores don't really hold much application outside of the chart itself. If you just look at the ideologies that 8Values suggests, you'll see almost all of them are either vague, incorrect, or in some cases, completely made-up terms. As for the political compass it's the same

Keep in mind all of the above is just me discussing the final result and the presentation, we haven't even gotten to the issues with the questions on these tests yet.

Interestingly enough, despite all the novel ways they come up with to try and present information, we still end up with the exact same structure for how questions are asked and evaluated.

Often times a series of statements are given, and for each statement, the participant is asked to give a rating of how strongly they agree with it. This answer is then taken, converted to a number, then either added or subtracted to a score on one axis.

This method would be fine, assuming the question is relevant to every participant and could only be answered in two ways; often times, however, that isn't the case. For a lot of these questions, someone could take a position that would lead them to be neither, against, for, or even neutral towards a statement because the statement would make an assumption that doesn't apply to them.

The reason all these tests have to rely on scoring systems and linear questions is because they all assume a quantitative model of ideology. That one's beliefs are based upon the intensity of a position they hold, how strongly they feel about something.

And this is why all of these models completely fall apart when they have someone who holds a strong position, but still a position that the test doesn't account for. It's not even that radical positions become discouraged by this model, but rather instead that they become inconceivable, outside the boundaries of what can even be imagined much less supported.